More than 50 years of experienced combined

director OF THE BAN-KI MOON CENTRE FOR GLOBAL CITIZENS

Monika Froehler is Chief Executive Officer of the Ban Ki-moon Centre for Global Citizens and is a passionate change maker, advocate, founder and speaker.

She was asked to create the Ban Ki-moon Centre in Vienna under the leadership of former UN Secretary-General Ban Ki-moon and former Austrian President Heinz Fischer, after working for years at the UN, the EU, the Austrian Foreign Ministry and in field missions around the globe.

She is passionate about the implementation of the Sustainable Development Goals and advised Presidents, Ministers, Ambassadors and high-ranking UN officials on policy inputs as much as she involved operationally in practical initiatives.

She worked in many countries across the globe including in Africa and Latin America, rural Central Asia and Africa, Asia, Middle East and West-Africa.

BUSINESS TRANSFORMATION AT THE GLOBAL SCHOOL

Extensive experience in organisational transformation and the integration & alignment of 3 of the most important factors to consistently boost business performance, productivity, and profitability of a business: Human Talent, Processes, and Technology.

Alexis' passion is to help companies and organisations achieve efficiency, effectiveness, and profit by planning and implementing their digital transformation.

FOUNDER OF the global school for social leaders

Roberto is founder of The Global School for Social Leaders, a multi-awarded NGO with headquarters in Vienna, Austria, specialised in designing consulting & education.Roberto has worked with purpose-driven consultants & organisations in more than 10 countries across 4 continents:

The Social Innovation Management Certification (SIMC) ® provides a holistic approach of the social project management as well as the entrepreneurship challenges of social initiatives, its roles, responsibilities and impact.

● 17:00 - 17:30 Module 3 - Part I & Activity. Social Innovation Canvas. Validate your project. Building a powerful and consistent source of income and funds with a structural value proposition. 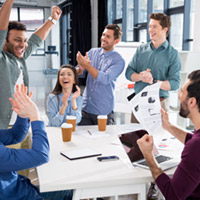 We test our good intentions and ideas with real scenarios, incorporating the best tools and strategies used by social innovation consultants around the world.

Who work or seek to work for projects in the public or private sector, national and international, in sustainable, environmental, humanitarian and social development.

Directors and Project Leaders of the NGO, CSO, AC and CO sector that work in sustainable, environmental, humanitarian and social development.

Who seek to incorporate knowledge, skills, tools, and practical experience that provide greater competence and value in the labour market.

Who seek to restructure and innovate their business and/or explore new markets.

Who seek to restructure and innovate their business and/or explore new markets.

You join a global network of professional working on impact and change.

Thanks for all the tools and teachings, a hands-on program where I met wonderful people.

CONSULTANT A The Guernica Centre for International Justice

The methodological tools and material are very useful.

The Global School is a multi-awarded NGO with head offices in Vienna, Austria.
VER VIDEO

THAT WILL ADD VALUE TO YOUR SKILLS SET

4. Basic membership to join as Consultant at The Global School for Social Leaders. CLICK HERE.

Receive a reply within the following 48 hours.

HOW IS THE ONLINE EXPERIENCE?

DO I NEED PREVIOUS EXPERIENCE?

You do not need previous experience. However, you will need to go through some preparation readings.

You can pay through Bank Transfer, Credit Card or Paypal: https://theglobal.school/contributions/